“Scrooge was better than his word. He did it all, and infinitely more; and to Tiny Tim, who did NOT die, he was a second father. He became as good a friend, as good a master, and as good a man, as the good old city knew, or any other good old city, town, or borough, in the good old world.” — Charles Dickens, A Christmas Carol 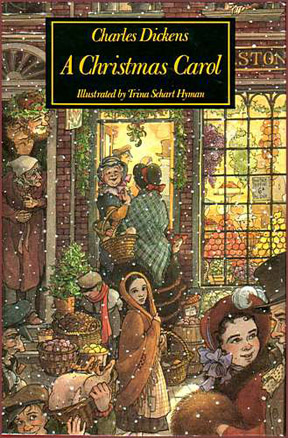 It’s about that time. I will get out my treasured copy of Dickens’s novel “A Christmas Carol,” as well as my two favorite copies of films depicting one of my all-time favorite characters: Ebenezer Scrooge. (The George C. Scott version of “A Christmas Carol” is great, and the musical version, entitled “Scrooge” starring Albert Finney, has been a family favorite since it came out in 1970.)

I just love them all.

Dickens’s keen ability to write a character like Scrooge, one that will live on in the hearts and minds of people for generations to come, is simply marvelous. And yet, the brilliance of it is the idea of redemption: Can we turn ourselves around and start over, change our ways, and become better people?

Therein lies the appeal. Show me a person who hasn’t done something in his or her life that he or she regrets, and I’ll show you a ten-legged alien from the planet Out-in-space. We fail. We do dumb things. We make mistakes.

Scrooge’s mistakes were just on a grand scale. Yet he repents, changes, and comes to terms with it. He rights his wrongs.

One may question the novel’s incredible, yet simple, theme and whether or not these things were imagined or real. Did the ghosts actually appear for his salvation? Or, did Scrooge imagine them or dream them in order to save himself?

It really doesn’t matter either way, but I can ask you one thing: How many of us would want to “revist” our pasts with the Ghosts of Christmas Past and Present and “see” the things we’ve said or done that may have been hurtful or have to examine again the choices that we’ve made in life?

Luckily for us, it’s Dickens’s brainchild, so we don’t have to endure that. We can live vicariously through Scrooge. He had to endure it, for all of our sakes.

The truth is, when we read the novel, or when we see the film, we are reminded of our own capacity to make small and big mistakes in our lives. We cannot help but glide across the cold, night air with Scrooge as he watches the shadows of his life pass before him, unfolding like a little screenplay all his own. At the end of the musical version, I get choked up. He changes, and we witness that change and have become a part of him, and he has become a part of us. To the doorknob of Jacob Marley, he says:

“Hello! I don’t know whether you can hear me Old Jacob Marley, and I don’t know whether or not I imagined the things I saw, but between the pair of us we finally made a Merry Christmas, didn’t we? I believe you now. I must go and get ready. I’m going to go have Christmas dinner with my family.”

Writing “A Christmas Carol” was good for Dickens’s career and for the Christmas holiday in general. The notion of Christmas as a special, commercial, and magical time of year can be attributed to his artful imagination. You can thank Dickens for promoting Christmas as a time for, as Scrooge’s nephew says in the text, “a kind, forgiving, charitable, pleasant time.”

And it all started with an old miser named Ebenezer Scrooge.

4 thoughts on “The Case for the Wonderful Christmas Scrooge”

All rights reserved. Articles may be used with permission.